Michael Solomonov was named the Israeli food ambassador, published a book and is currently working in the production of a second one, was featured in “Feed Phill” and has his own Netflix documentary. And yet, that is not everything Solomonov has accomplished.

On April 17th, I had the immense honor to hear Solomonov talk to a college audience to commemorate Yom Hazicaron (Israel’s Memorial Day for the Fallen Soldiers of Israel and Victims of Terrorism). Solomonov  has a special connection to this day. Solomonov was only 25 years old when he lost his little brother to , David, to a Hezbollah snipper only three days before his release from the tzavah (army).

At the time, he was working with Marc Vetri at his restaurant and got promoted to be the sous chef. Solomonov was driving from Pittsburgh to Philadelphia when his aunt called to tell him about his brother. Vetri and Solomonov traveled to Israel months later to visit Metula, where David’s brigade was. Both chefs wanted to cook food for the soldiers. Solomonov said that when both of them arrived, they saw these kids full of mud, wearing their army uniform and holding the M-16’s. They look exhausted.

He knew that food was the connection between people and cultures, but he knew he had to cook Israeli food after he returned home from Israel. He traveled there with chef Michael Vetri to cook for David’s brigade in Metula. When both of them arrived at Metula, they saw these kids wearing army uniforms, covered in mud and holding M-16. When Solomonov returned, he knew he couldn’t cook Italian or French food, he had to cook Israeli food. 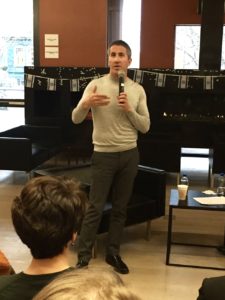 His journey with food started when he was 15 years old and move to Israel with his family. He worked at a maphia (bakery) in Kfar Saba, Israel. Solomonov describes it as the city hall of the yir (city) where people would spend hours and hours talking and meeting their family and friends. “It was especially busy Fridays when people wanted to buy challot (braided bread) before Shabbat.” He then went to culinary school in Florida, and return to Pennsylvania to work with Michael Vetri. Upon his return from Metula, Solomonov started to cook Israeli food.

In 2008, Solomonov partnered with Steve Cook to create Zahav, an idea he got while visiting Israel with his family. He noticed that Philadelphia was a city filled with restaurants of all types of cuisine, except Israeli. He also wanted David to live through his food, and Solomonov knew that he had to create a restaurant that celebrates the Israeli Culture. “People think Israeli food sucks, but that is no true,” Solomonov said.

And the thing is, Solomonov doesn’t believe that food can be traced to a specific place. Take for example burekas.  Burekas are found in every single corner in Israel. They are made of puff pastry, goat cheese and sometimes mushrooms. Solomonov explained how burekas are made with the Spanish dough. It was brought by the Ottoman empire and the filling was changed from goat cheese to Bulgarian cheese. This small pastry dish can be found in Turkey, Greece, Italy, and Armenia, variating from country to country. Although he agrees that authenticity is hard, he assures that there is nothing as authentic as his safta’s (grandmother) burekas! 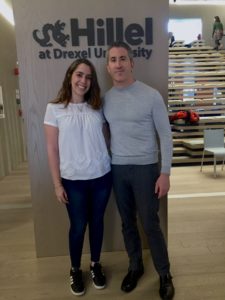 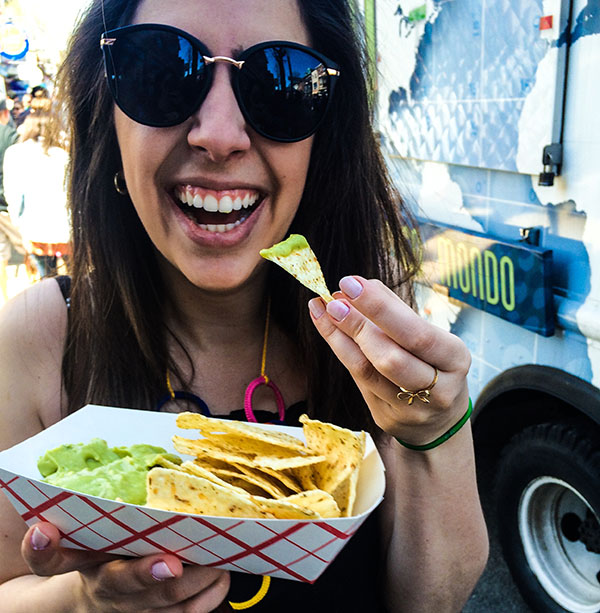 Born and raised in a Jewish household in Venezuela, Orly learned about the importance of food from an early age. From an extremely picky eater to a food enthusiast, Orly is always trying to find a new hub to try different styles of food while keeping kosher of course. When not eating or writing, you can find Orly reading a book, binge-watching One Tree Hill for the fifth (or 10th) time, or simply enjoying some down time with friends and family. Oy, that always includes food, doesn’t it?